Do you agree with Marieke Hardy when she says Melburnian’s are NOT beach type people?

I generally like and agree with a lot of what Marieke writes about Melbourne and Melburnians, but not today.

Not only has she missed the mark, she has made a very typical Melburnian mistake… Assuming all Melbunians are like her. Or less dramatically, that she represents all Melburnians.

We (my family and friends) spent every available weekend of summer “at the beach”. Mind you, we were Peninsular beachies..

I’d cop that there are two types of beach people in Melbourne.. Shall we call it.. East coast and west coast, or Geelong side or Mornington peninsular side, but either way there are very very beach people from Melbourne who would scoff at her scribblings today.

In my teens, I knew families whose entire holidays were spent on the Rye foreshore. I had mates who had houses at Blairgowrie, and I couldn’t count the number of nights we spent at Portsea Pub. Later, we had holidays down at Skennes Creek on the other side, the Geelong side of Melbourne. Skennes Creek is a stone throw from Apollo Bay on the Great Ocean Road, but 100% beach.

So Marieke, in my eyes, some Melburnians are beach type people. 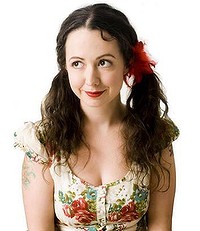 This month, embrace beach culture or run for the hills?

The beach is not our turf, it is not something we grow up splashing about in or having racist gang wars with other cultures on at the request of inflammable radio hosts.

As I write this I am sitting on a sun-drenched balcony, gazing pensively out at an oceanic vista, listening to exuberant surfers shouting encouragement/ abuse at each other (they are too far away for me to know which, exactly) and inhaling the intoxicating aromas of sunscreen, salt and just a hint of hungover regret – since today is a public holiday and there appears to be more than one “walk of shame” taking place down on the main street.

My beloved David keeps blithely suggesting we “just go down and have a swim” as he lived for 11 years by the ocean and has the sun-kissed , laidback demeanour of an ex-hippy who used to steal away from his squat each dawn, stepping over the sleeping bodies of sprawled carnie folk and diving into the sea instead of having a shower. “Who needs a bathroom when you have the beach?” he often says to me as he wistfully recalls the heady days of his misspent youth wearing Thai fisherman pants and playing panpipes for loose change.

What David doesn’t seem to understand is that I AM FROM MELBOURNE and, therefore, when it comes to “going to the beach” I am utterly inept and shouldn’t be trusted near vast bodies of water without adult supervision or an ungainly inflatable vest. People raised in Melbourne fear the beach, mostly because their sporadic experiences of it include either dodging syringes/shouty men in tank tops listening to the musical vomitings of “comedy outfit” LMFAO on the St Kilda foreshore, or spending three highly unpleasant days lying in a dark room on the Great Ocean Road after assuming a full day sitting in the blistering heat drinking wine “would be good for my Vitamin D count” .

We Melburnians are a cultured people, we are lovers of the arts and nice coffee and shouting HURRAY when our sporting teams shove each others’ faces into muddy ovals, we look exemplary in clothes and we are adept at staring into our laps when nut jobs on the tram start shrieking and flinging their own faeces about. What we are not very good at – and we must be brave enough to admit this openly – is strolling down to a stretch of sand and looking carefree as we roll out a towel and soak up some “rays” *. The beach is not our turf, it is not something we grow up splashing about in or having racist gang wars with other cultures on at the request of inflammable radio hosts. We don’t take to beachside living like a duck to water, we take to it like a duck to The Price Is Right.

Is this something we can fix? Frankly, no. Despite our valiant efforts to eat sandy Paddle Pops in Brighton, boogie board in Torquay or stand ankle-deep shouting, “F— ME, IT’S FREEZING” in Williamstown, we are not made for long, lazy afternoons on golden beaches, slathering ourselves in coconut oil and staining the pages of our novels with salt and vinegar fingerprints. But we can be good at other things. And I’m sure David will understand when I look up at him with misty eyes, thinking of Melbourne, and say, “Wouldn’t you prefer staying indoors and playing Scrabble?”

*This is what people who are good at going to the beach call sunshine. Which makes the sunglasses brand Ray-Bans particularly clever, don’t you think?

and just in case you wanted to hear someone elses point of view.. and you are welcome to comment (below), how about the ‘very Melbourne’ questions posed to celebrity guests each month like today to Judith Lucy (a favourite of mine)..

How very measured (and very Melbourne) are the regular questions that they include a question like:
Portsea or Lorne? 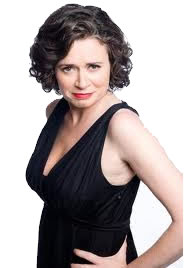 The sense of community, encapsulated by great local radio – so thank you, RRR, PBS and 3CR.

The Coffee Company on Carlisle Street.

Let’s face it, the main takeaway I do is alcohol, so thank you to that 24-hour bottleshop on Chapel Street.

Where do you get your hair cut?

Kodo Hair in the city, by the magnificent Nadine.

Where do you live?

I live in Balaclava and if I could make love to that suburb I would.
(didn’t she use to live in Northcote?)

Romantically, tram — but train because I’m close to the station.

What do you do for fun?

What don’t I do for fun?

Who do you barrack for?

Where did you go to school?

No one will care because it was in WA.

Unless the four horsemen of the apocalypse are trotting down the street, I can’t ever see a circumstance where I would vote Liberal.

What am I, a crazy person?
Jon Faine!

Don’t care… oops, does that mean Melburnians are not beach people, or maybe Judith is not a Melburnian (technically she’s not, she was born in Perth) or maybe, she just doesn’t care.

Is that a question?

I wouldn’t know an app if it hit me in the face.